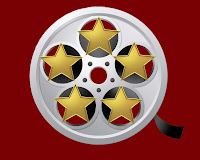 We all have goals; finish reading that book,
see a landmark somewhere in the world, or maybe join a evil league? In December 2008, a certain doctor had a goal, and he had to be horrible to achieve it.

Directing this 42 minute comedy/musical/sci-fi is Joss Whedon.
The cast of stars that just make you wanna sing-along is: Neil Patrick Harris as Billy/Dr. Horrible, Nathan Fillion as Captain Hammer, Felicia Day as Penny and Simon Helberg as Moist.
Dr. Horrible, a evil doer, wants to join the notorious Evil League of Evil. So, he posts video blog updates to let everyone know how his evil schemes are going, while trying to impress the head of the E.L.E, Dark Horse. Horrible meets Penny, a beautiful, caring soul trying to help the homeless, while he’s trying to pull off another dastardly deed. With love in the air, and a spot in the league, what could
go wrong? The same thing that always happens when evil raises it’s head looking to cause trouble, it gets hit in the face, hard, by justice. Our wielder of said justice… Captain Hammer!
(*Disclaimer: No actual hammers are used to serve justice… the hammer is his fist.)
This is a great movie! The stars did a great job in every way, from the acting to the singing.The story and script were hilarious. Originally it was made in 3 episodes for the internet during the writers strike, but has since then blown up and caught a huge following. Sets were few and simple but looks great. I also never knew NPH could sing as well as he did. Which brings me to the songs that were written by Joss and Jed Whedon, that were just brilliant and beautiful additions to the show. Yeah this is one of my favorite flicks, and could fast become one of yours.
It’s rated NR (not rated).
Evil or not, any doctor would recommend this flick 5 stars, followed up with a dose of laughter.