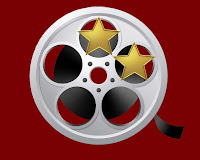 Have you ever done something in life you can’t live down? In August 2013, we saw what Linda couldn’t live down, but in the end she used it to help others.

Directing this 93 minute biography/drama is Rob Epstein and Jeffrey Friedman.

Linda Lovelace, how accurate this film was I have no clue. I had heard of her and what she did, but that was it for my schooling. So, as just another movie, it was pretty good. I felt bad for the things she went through in life. Seyfried did a great job at pulling you in and connecting you to the role. Playthrough left me wanting something different however. They did some some jumping back and fourth timeline wise, and it didn’t play out smooth for me. I’ve seen better transitions, and this one broke the flow of the movie. Time period wise everything looked great and the cast did really good. Overall, if you know of Linda Lovelace and are curious, yeah go ahead and check it out. Otherwise, I can’t say you’re missing anything by not seeing it.

It’s rated R for language, violence, nudity and drug use.

2 stars for insight on someone’s life that didn’t really affect me afterwords.