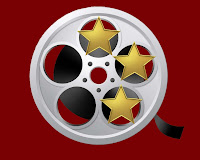 If you found out a dark secret about a icon
in history that could change everything, would you keep that secret safe? In January 2007, that decision rests uncomfortably in Mike’s hands.

Mike is cleaning out his grandmother’s house after her passing when he finds something that in the right hands could change history as we know it, forever. Shocked, Mike doesn’t know what he should do with his new found knowledge. Some people would do anything to make sure this little bit of
history stays hidden, maybe even kill to stop it from getting out.

This was episode 25, of the Master’s of Horror anthology that was made for television. Broken up into 2 seasons, with 26 episodes total, done by some of the great names in horror. The story was great, definitely a dark take on history, because it makes you ask what if. Script was good, but over played by some of the cast. It runs pretty quick being only 57 minutes, but it’s wrapped up good. Special effects were good. Either way, it’s something you can sink your teeth into.

3 stars for a dark history lesson.